Cookie preferences
This website uses cookies, which are necessary for the technical operation of the website and are always set. Other cookies, which increase the comfort when using this website, are used for direct advertising or to facilitate interaction with other websites and social networks, are only set with your consent.
Configuration
Technically required
These cookies are necessary for the basic functions of the shop.
Allow all cookies
CSRF token
Cookie preferences
Currency change
Customer recognition
Customer-specific caching
Decline all cookies
Individual prices
Language detection (Shop select)
PayPal payments
Selected shop
Session
Comfort functions
These cookies are used to make the shopping experience even more appealing, for example for the recognition of the visitor.
Note
Statistics & Tracking
Affiliate program
Facebook Pixel
Google Analytics
Google Tag Manager
Track device being used
Categories
Information 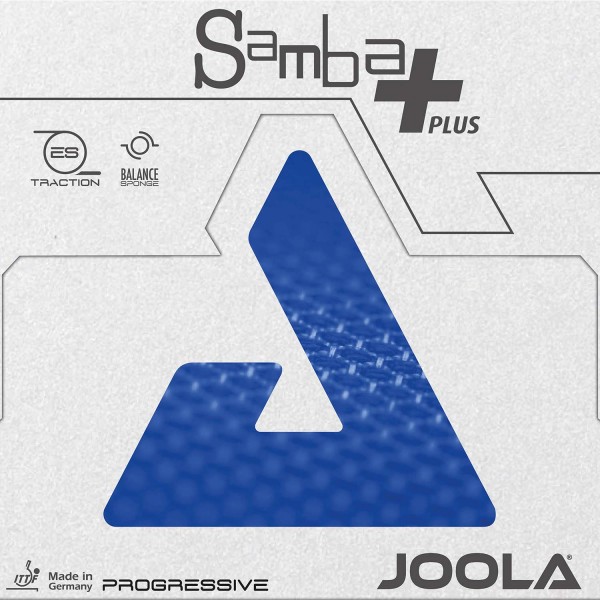 Finally the big brother of the most played JOOLA rubber in recent decades is available. JOOLA classic now with incorporated speed glueing effect, that brings back the legendary Samba Sound into table tennis halls. The new JOOLA Samba plus outshines all previous sound machines. Development and testing by a team of rubber developers, led by table tennis legend Jörg Rosskopf, has been a lengthy process but the new JOOLA SAMBA PLUS is now ready for the market. The result is an optimum composition of feeling, speed and rotation with phenomenal sound and effect. The JOOLA Samba plus sets new standards in development of soft rubbers with incorporated speed glue effect.

Related links to "JOOLA SAMBA PLUS"
Data sheet
Data sheet
Close menu
Trusted Shops Reviews Toolkit: 1.1.3
This website uses cookies, which are necessary for the technical operation of the website and are always set. Other cookies, which increase the usability of this website, serve for direct advertising or simplify interaction with other websites and social networks, will only be used with your consent.
Decline Accept all Configure